On 24th of June each year, the city of Porto goes for a dramatic makeover to fun, frolic and festivities as thousands of people flock to the city to pay a tribute to Saint John the Baptist, in a party that mixes sacred and profane traditions. Though the festival is around six centuries old, it was only the 19th century which gave this day its present status as the most important festival of Porto.

The celebrations start early in the evening of 23 June and continue until the morning of 24 June. The major draw of this festival include street concerts, popular dancing parties, jumping over flames, eating barbecued sardines and meat, drinking wine and releasing illuminated flame-propelled balloons over Porto’s summer sky.

The most awaited part of the party happens to be the Saint John’s firework spectacle at midnight. The fireworks become special with themes and multimedia shows. The party has sacred roots but is also mixed with pagan traditions, with the fireworks embodying the spirit of tribute to the Sun.

The celebrations go on till the wee hours of 24th morning and many young folks take a walk from Porto’s riverside core – Ribeira up to the seaside in Foz or in the nearby suburb of Matosinhos where they wait for the sunrise near the sea.

Rightly has a journalist from The Guardian commented that “Porto’s Festa de São João is one of Europe’s liveliest street festivals, yet it is relatively unknown outside the country”. 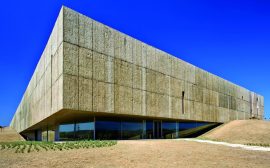