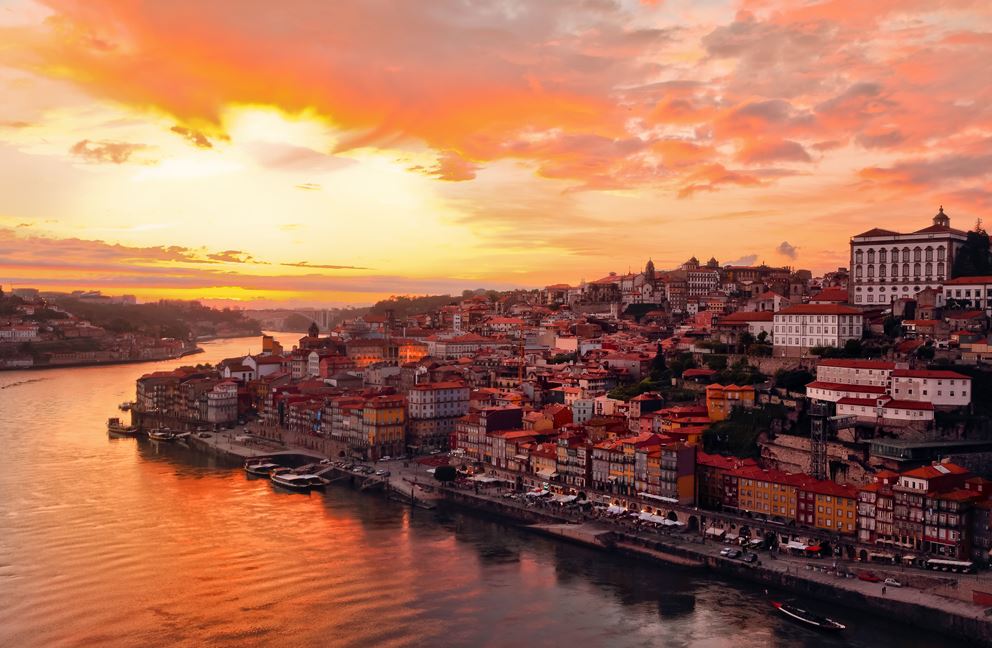 Porto, the second largest city in Portugal, is located along the Douro river estuary and being one of the oldest European centres, it has been registered as a World Heritage Site by UNESCO in 1996. Porto is famous for its port wine. This internationally famous export has been named after Porto itself. When planning a trip to Porto and before making your hotel arrangements, it would be wise to get an idea of the climate of Porto so as to decide which would be the best season for your visit.

Porto features the warm-summer Mediterranean climate with warm, dry summers and mild, rainy winters. Summers are typically sunny with average temperatures between 15 °C (59 °F) and 25 °C (77 °F). If there is an occasional heat wave, the temperatures can rise to as high as 35 °C (95 °F) with low humidity. However, during such an heat wave, there can be forest fires and the haze and ash so caused can make breathing somewhat uncomfortable, especially at night. Rains in summers feature occasional showers and cool temperatures of around 20 °C (68 °F) in the afternoon.

Winter temperatures typically range between 5 °C (41 °F) during morning and 15 °C (59 °F) in the afternoon but rarely drop below 0 °C (32 °F) at night. The weather is often rainy for long stretches although prolonged sunny periods do occur.

Looking at the climate of Porto, it can be said that the place has inviting climatic conditions all the year round, though winters witness more tourists in the city.